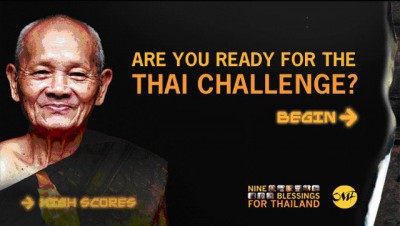 Game for the Nintendo Wii, for use at a conference/trade-show stand, introducing players to the Thai language.

Players are first asked to find Thai letters, then as they progress, to find words, then to remember words they have already seen. Clear instructions were presented, as players were not expected to be gamers or to have experience using a Wii.

Depending on their score, the game presents them with differing messages at the end.

The game also included a co-operative/competitive multiplayer mode, to draw on people’s competitive nature, increase interaction levels at the stand, and demonstrate how working alongside someone else could boost your learning speed.

A high-score table also encouraged people to return to the stand later to see if their high-score remained intact, allowing further opportunities to engage with people, and allowed OMF to run daily competitions, and collect email addresses of players to an SD card in the Wii.

While not in use, the game reverted to a screensaver playing a selection of messages.

The game included subtle, unobtrusive sound effects, suitable for use in a trade-show scenario, providing feedback to the user without annoying those around.

TigerFinch were asked to design a game for the Wii themed around the Thai language and key messages to engage people with OMF’s work. TigerFinch designed the concept, game-play, graphics, and sound effects, and built, play-tested, and balanced the game. 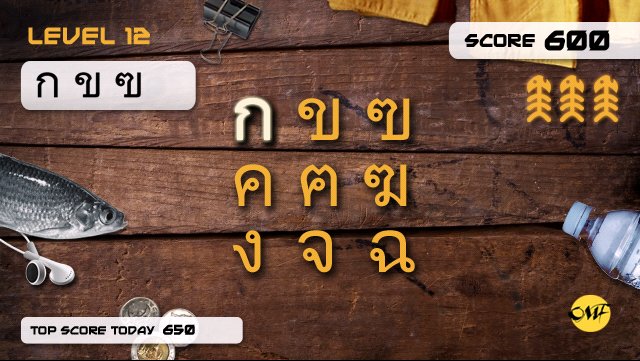 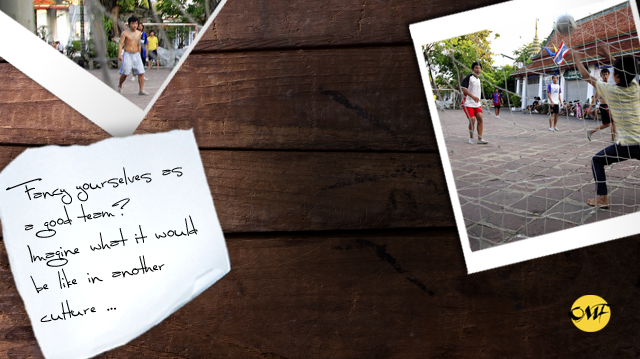 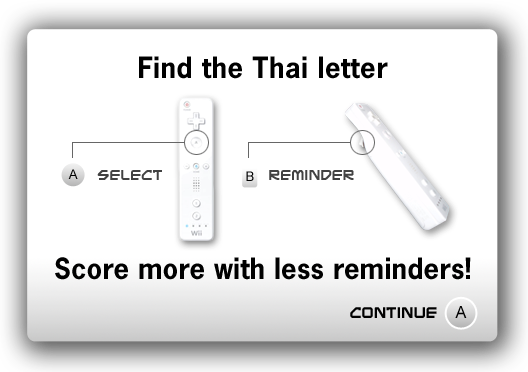